There's a lot of things on the painting table lately. Most recently, I finished a model I started a couple years ago: 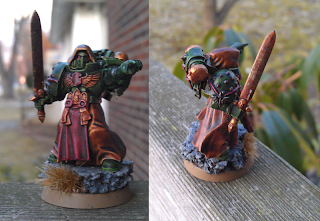 Sorry for the poor quality, I have both lighting and camera issues. I'll have to show up to a tournament with Joe at some point and trick him into taking some better pictures. I'm not really sure what this guy is supposed to be; I originally conceived of him as a company champion for a command squad but he doesn't have a combat shield. He could be a stand-in for Azrael, but no combi-plasma. I used him as a librarian the other day, but he's not blue. And he's a little too fancy to be a sergeant with a power weapon. But the cool thing is I suppose he could really work as any of those things.

Keep an eye out, like I said, a lot more stuff is coming up.

Also, continuing with the theme of props, I fancified my Dark Angels codex using a discarded leather book cover I got from church. Doesn't seem to have any particular blessings on it as my dice seem to be coming up about the same, but it looks the part. 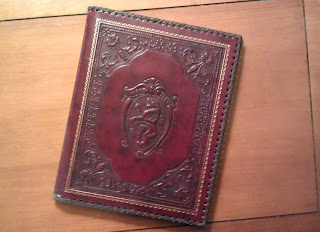 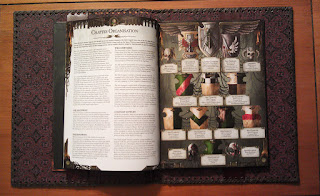