I was confused and a little disappointed a few months ago, when Games Workshop announced that the venerable White Dwarf magazine would cease to exists as we know it. Ironically, the announcement came just a day or two after I had finally resolved to subscribe to the magazine, which I have been reading for almost the last two decades. (Instead of paying the subscription fee, perhaps you would be interested in purchasing an Imperial Knight instead? – Fat Bloke) For those of us who have displayed this level of faithful readership, discussions of the magazine have become almost ritualized in form:

"I remember when there used to be rules and hobby articles."

"Now it's just a big advertisement!"

And certainly all of that's true, but it's familiar ground. I accept that White Dwarf magazine is dead and gone. I've read a few of the slim pamphlets that bear the White Dwarf name and to them I say: "I knew, White Dwarf, sir. And you are no White Dwarf." Of Warhammer: Visions I had almost no interest at all. Until I received a copy as a gift.

Plastic Helbrutes are coming, and that means more bits for conversions. Here's a quick digression from Imperial Fists to show a WIP model from the Word Bearers army I was working on before the Adepticon madness started. Remember, you saw it here first! 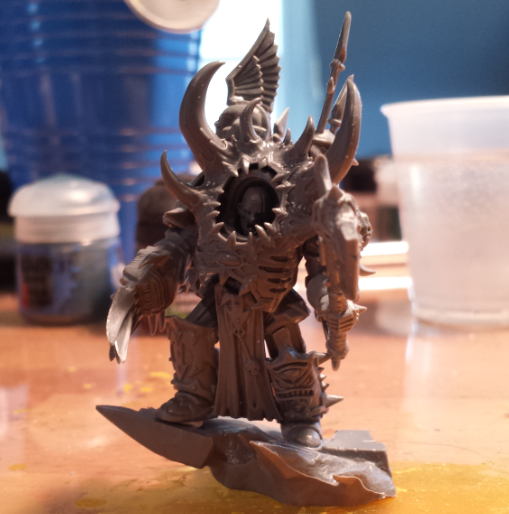 What I lose in peripheral vision, I make up in daemonic teeth

Exactly what the title says. 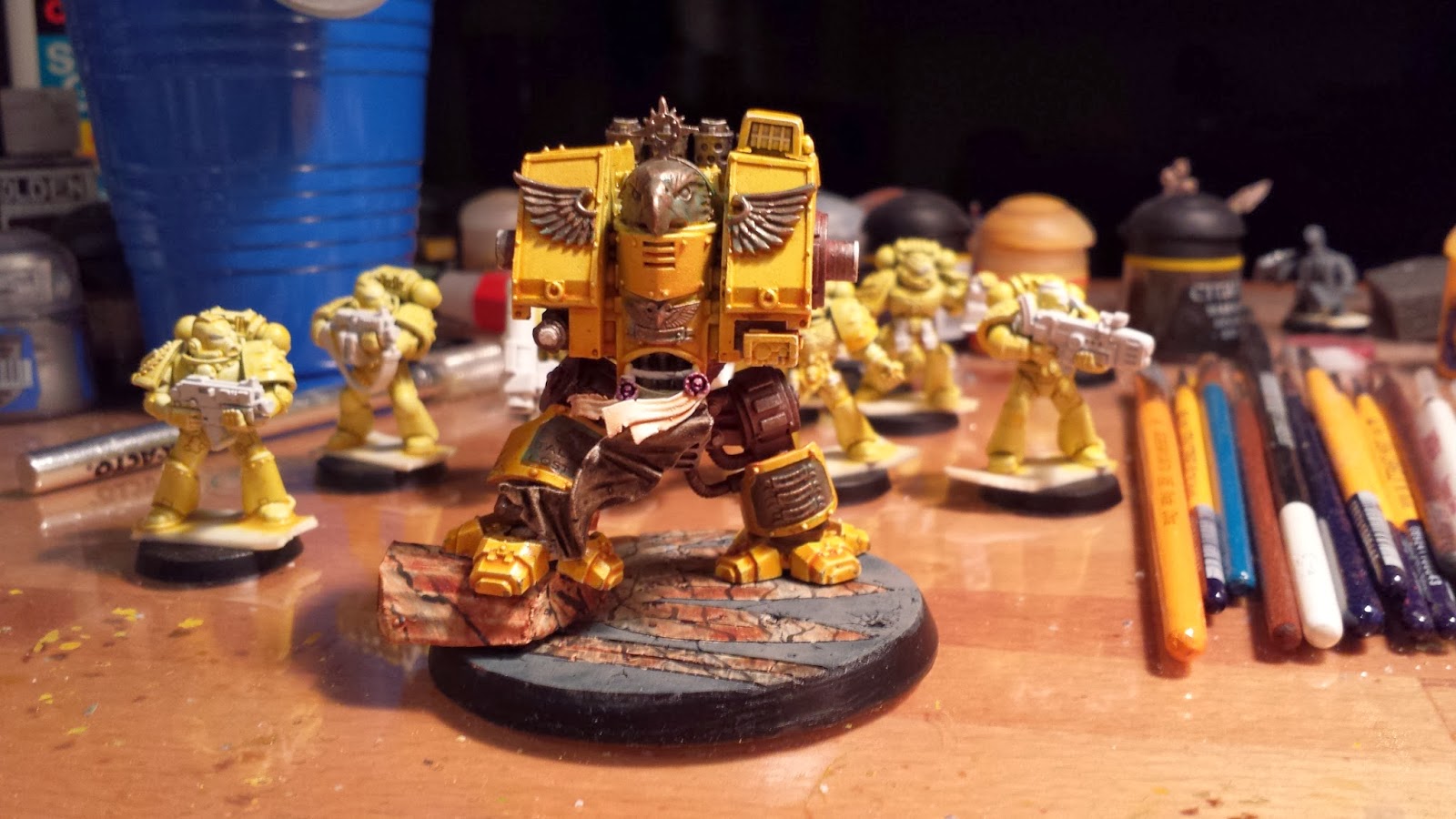 Dr. Howard Eaglemann, Chairbot of Stomping on Things at University of Terra
Read more »
Posted by Jason at 7:49 AM 1 comment: