Having just finished our annual combat patrol/apocalypse weekend, it's time to look back at my year in miniatures, and see what's in store for 2016. Meanwhile, take a look at our 2016 Winter Apocalypse as captured by Joe. 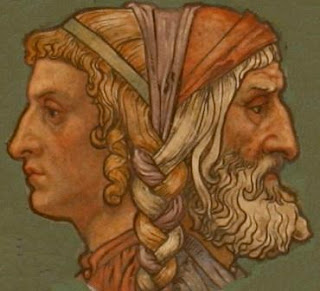 As far as the hobby goes, 2015 was a personal best. My goal for the year was to build the foundation for a large, cohesive, and completely painted collection of 40k miniatures in order to reduce the overall stress level for future events. I needed to have enough miniatures on hand that I wouldn't be discouraged from attending larger events, and they needed to be painted to a standard that I'd be proud to display, whether in a simple pickup game among friends or at a large national event. I chose 3,000 points as my goal. Here's how I did:

That's 2,637 points of models from Codex: Chaos Daemons and Codex: Chaos Space Marines. This includes WYSIWYG upgrades like special weapons but does not include intangible upgrades like psychic mastery levels, gifts of chaos, and other wargear. This collection could probably field approximately 250 points of such upgrades before starting to feel bloated, so I'm a bit short of the mark. Overall, I'm happy with my progress, though – 2,000 points is typically the largest force I'd need to field, which leaves me in the position of being able to vary my list quite a bit. I also have another 1,500 points (give or take) of models that are painted with at least three colors and based but which I don't consider to be complete.

I won't worry too much about appearance as that's subjective, but I will say that I think I've developed my skills, started to find my personal style, and I'm really happy with my results this year. I appreciate the feedback I've been getting at events as well. If I can make one person say "What the hell is that?" or "Oh my God that's disgusting," it's all been worth it.

We placed in the top half at Adepticon, took home "best theme" in the trios (again!) and raised over 300 pounds of food (and a sizable cash donation) at our first-ever charity event. Another fantastic year.

Despite the progress on the chaos miniatures collection, I'm looking to finish a few more projects in the first half of 2016:

I'm also interested in building a small force for use with the Horus Heresy rules, but I'm not sure where this fits into the overall schedule.

As if all of this wasn't enough to keep me busy, I'm not planning any major projects or new armies. Instead, this will be the year that I poke my head into the non-Games Workshop world. I recently invested in the X-Wing miniatures game and Imperial Assault. I'm also setting a goal of painting a small collection for at least one of the following: Infinity, Saga, This is Not a Test, Bushido, Dropzone Commander.

Unfortunately, we have decided not to attend Adepticon this year. I was ok with that decision initially, but now I'm feeling a little disappointed. That's ok, though, as there are plenty of events that require my enthusiasm both as an attendee and as an organizer.

Alright, holiday break is over, let's get ready to play some games in 2016. And remember, life's too short to play with boring models.
Posted by Jason at 11:48 AM